Skip to content
The Royal Castle of Săvârşin is the place where the members of the Romanian Royal Family spend every year their Christmas holidays and also a part of their summer holidays. At the same time, it is the location of the Royal Archive which preserves the exile documents of His Majesty King Michael I of Romania. The charm of the castle is also given by its arboretum, one of the oldest in Central Europe, according to Transylvania Today.

The Royal Domain of Săvârşin covers an area of 20 hectares out of which 6.5 hectares are occupied by the arboretum. This was created in 1514 by the viscount of Arad, a nobleman of the Forray family. The Castle itself was built between 1650 and 1680 and rebuilt several times after being affected by the events that disturbed Transylvania at that moment. The actual shape of the castle dates since 1870’s when the Castle of Săvârşin was refurbished after the damages suffered during the Revolution of 1848. The castle is built in a neoclassical style with a floor plan and a balcony. Through inheritance rights, the Castle and the Domain of Săvârşin had become the property of Carol Hunyadi and after his death, in 1932, the Castle became the property of the “Corvin” company owned by the representative of a noble Romanian industrialist family named Anton Mocioni. On March 26 1943, Anton Mocioni sold his shares to His Majesty King Michael I of Romania who closed down the company and included the Castle in his personal patrimony. The Queen Mother Helen of Romania started the refurbishment during the hard times of the Second World War, but the Queen Mother and King Michael could not enjoy for a long time the peaceful quiet of the castle located on the Mureş Valley. In 1948, the Communists seized the royal property which was restored to His Majesty King Michael I of Romania in a state of degradation only in 2001.

Since then, a large refurbishment project has started under the coordination of Crown Princess Margarita and Prince Radu of Romania, and stands today as a real example of sustainable development. The restoration works used identical materials to the original ones: wood, stone, brass, silk, flax and other materials.

The restoration plans were drawn up by Şerban Sturza, the president of the Romanian Order of Architects and the works proper were conducted by the British architect David Baxter. This nine years effort is presented in the book entitled ”Săvârşin. The Detail” which renders the vision of the Crown Princess Margareta of Romania who wanted the reconstruction of the Castle of Săvârşin to follow the style of the Queen Mother. Thus, the restoration works have marked an arch over the communist period.

The groups of Christmas carol singers that come every year to congratulate the members of the Royal Family are received in the yard of the Castle of Săvârşin; also the Royal Christmas Concert takes place in the Automobile Museum.

‘’The Castle of Săvârşin is the closest place to my soul because every time I experience the feeling of Queen Helen’s presence who organized it, and cherished it and loved it so much” said Her Royal Highness Crown Princess Margareta of Romania. 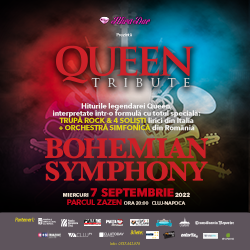