VentureConnect, an initiative supporting the IT industry in Romania, will expand outside of Romania with two events to be held in Cluj on October 12 and Timisoara on October 19. The event aims at connecting young entrepreneurs in the IT, online, and technology industries with important national and international investment funds. The Bucharest edition will take place on November 23 at the Intercontinental hotel.Entrepreneur and investor Doug Richard confirmed his presence at the event. He has extensive experience in developing international business incubators.
VentureConnect was launched in 2010 by Ana Maria Andronic (senior layer at Biris Goran), Daniel Visoiu (parter with Biris Goran) and a group of IT/ on-line entrepreneurs including Marius Ghenea, Radu Goergescu, Orlando Nicoara, Peter Barta, Dragos Roua. 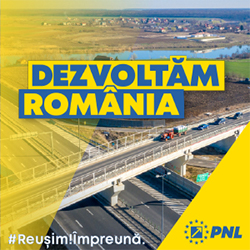