Five police officers and nine auto trainers in Bucharest were detained for selling the practical test skill of the driver license exam for 200-300 euro. Elsewhere in the news, the first severe AH1N1 case in Iasi almost killed one man. Last but not least, famous Romanian actor, Florin Piersic will receive a special gift this year from authorities in Cluj, central Romania.

The network of corrupt officers won according to investigations tens of thousands of euro. Judicial sources declared for the newspaper that the average sum paid for each license was somewhere between 200- 300 euro. According to sources, prosecutors found about 30,000 euro after searches conducted in their homes.

Evenimentul Zilei reads about the first severe case of AH1N1 case registered in Iasi, at a 60 year old man. The man is in an extremely serious condition after he contacted the virus after a trip in Egypt during Christmas time. Another six fly cases, two with AH1N1 and another one with AH3N2 were confirmed in Romania as the year started.

The virus will continue to circulate in Romania and its activity is more intense in Western Europe but is possible to be spread towards the East, WHO representative in Romania Victor Olsavszky declared.

Romania libera reads that local authorities in Cluj, central Romania will offer famous Romanian actor Florin Piersic a gift for his birthday, on January 27: they decided to change the name of the biggest cinema in Cluj to Florin Piersic. 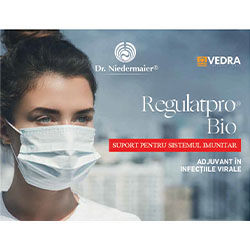